The 2016-17 Optimist Club year is shaping up as an exciting year for all of our Club members. It took a bit of time for me to start figuring out the Club President’s duties. I feel that I am getting a handle on what needs to be done and when. The first two month of the term have move along rapidly. “Be Quick, But Don’t Hurry” – John Wooden

The new and past committee chair people are moving the Club along in fine form. I wish to give thanks to one and all. My wish is that new Club members find a committee that fits their interest and they step-up and get involved. This is the best way to share your skills and get to know other Club members.

The evening meeting committee has found that member who cannot attend the morning meetings are getting involved.

Being involved with the Optimist Club can be refreshing and rewarding. I hope to see and talk with you at a future Club meeting or event. 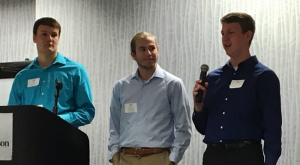 Three former members of the Menomonee Falls JOI students gave a presentation to attendees at the 1st Quarter SWIS District Conference on Saturday, November 19, 2016 at the Sheraton Hotel in Madison. Jim Eisenhauer, Danny Balister, and Max Paul spoke to the group about their experiences in the Falls JOI club and shared their enthusiasm as new members of the UW Whitewater Student Optimist Club. 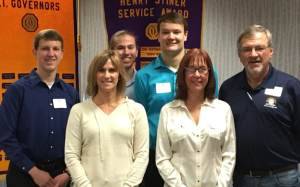 President Don Gorzek led the Board meeting on Tuesday, November 15, 2016.  Meeting synopsis is as follows:

Old Business: Todd Paulus checked with Optimist International regarding request for JOOI club at Lannon Elementary School. No parameters on where to establish JOOI Clubs; Board decision not to begin JOOI Clubs at this level.

Our second night meeting was held on Wednesday, November 2 at Menomonee Falls High School. Our normal business meeting was led by President Don and guest speakers were Bob Vitale, high school principal, and the FBLA students, along with their advisors Sara Burling and Michelle Oliver.  Newly inducted into the Optimist Club were Jason Husslein and Kirk Woosencraft.  Welcome Jason and Kirk!

Bob Vitale and Ryan Anderson led tours of the high school, including the new weight room which our club has generously supported.   A total of 50 members attended this meeting, with 16 being those who typically are unable to attend a morning meeting. We also welcomed 5 guests. The evening continued with socializing at DJs Goalpost with fellow Optimists.  It was a great night!

Mark your calendars for our next night meeting – January 4, 2017.  We will meet in the CE and Rec Department meeting room (first room on the left; same room as morning meetings) beginning at 6:00 pm and the meeting will get underway at 6:30 pm.  Sharon Ellis, SQE Communications, will be our guest speaker.  You won’t want to miss this one!  Sharon will present a program called “Positively Different”.

Have you ever wondered why other people just can’t see things “your way”?  It all seems so very clear that it’s the correct way…yet others may see it differently! “Why doesn’t my boss understand my point?  I wish I could figure out how to close this deal!  Why do I need to be so careful how I say things to my co-workers?  Sometimes I feel like I’m the only one who sees things the way they really are!” During the program Positively Different, you will gain insight into WHY it may seem that we are not all “playin’ out of the same play book”.  You will view your communications with clients, co-workers, family and friends with a new and “Positively Different” outlook!

It’s time once again to get out the hats and mittens and to start thinking about a hot bowl of chili. The annual chili dinner will be Friday January 13 with chili prep on Thursday January 12, 2017. Save the date. Watch your mailboxes or pick up your chili dinner tickets in person at a morning meeting. Each year we ask each club member try and sell 8 tickets to this event, but there’s no obligation. If you have any questions/suggestions on how to make this event even better or would like to get involved give me a call or email. kirstensperl@gmail.com    262-844-7984

The annual poker tournament will be held on Sunday January 29. More details to come.

The 53rd Annual Distinguished Young Women of Menomonee Falls will take place on Saturday, March 11, 2017 at North Middle School. Junior girls from the Class of 2018 are now in the process of signing up to participate. Rehearsals begin in late December. The Optimist Club has sponsored DYW, formerly known as Junior Miss, since 1986.

We will be looking for volunteers to act as interview judges for our contestants. The interviews are scheduled to take place on Saturday, February 25, 2017 at 10:00 a.m. and Tuesday, February 28, 2017 at 5:00 p.m. Please contact Cathy Sharkey at csharkey224@yahoo.com if you would like to be a judge.

This year we raked leaves (and even cleaned out some gutters!) for 26 homeowners. Donations will be matched by the Optimists and distributed to the volunteer youth groups. 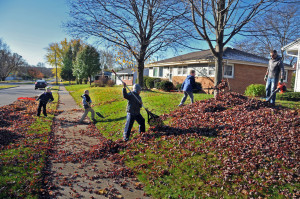 NOTE: Matt Goihl has stepped down from his committee chair position after this year’s event so the club is looking for someone to coordinate next year’s event.  Contact Don Gorzak if you’re interested or Matt Goihl if you need more background or have questions about chair responsibilities for the event.

Thank you Matt for your dedication to make this event a success.

The Magic show was held on Saturday November 12. Five hundred tickets were distributed to students at area schools. The club made $2,000 on this event. 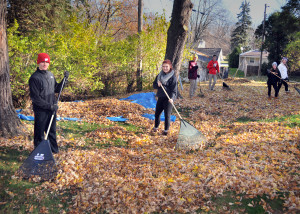 In the last month, the Junior Optimist Club volunteered with the Optimist Club’s leaf raking event.  We had a great time raking our assigned yards (and, of course, eating donuts!).  The Junior Optimist Club is also in the process of coordinating volunteers to provide tutoring services for students at Ben Franklin, as well as volunteers to help out with Kids Inc after school.  We are looking forward to helping at the Annual Drop and Shop in December, as well as several other events coming up in January!

JOOI Club at the annual leaf raking for seniors 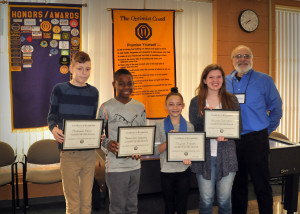 December 1986 – Music (?) fills the air at the Annual Christmas Party at Heebie Jeebies.  No gifts are given until members, spouses or dates sing a Christmas carol of their choice.

Articles for the January newsletter are due December 26. Please email your articles to Jerry Mislang jerry.mislang@prodigy.net 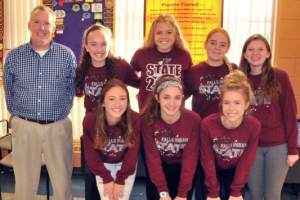 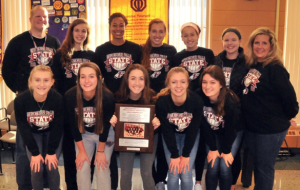 Two of the Menomonee Falls High School Girls Sports teams that participated at their WIAA State tournaments were recognized at our November 9, 2016 meeting. Girls from the Cross Country and Volleyball teams talked about their experiences at State and answered questions from Club members 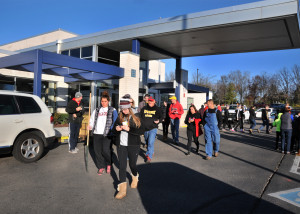 Volunteers meet at the Rec Department for the annual leaf raking event. 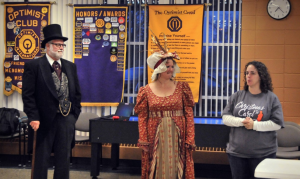 Nov. 23 Optimist meeting: The Falls Patio Players presented teasers from several scenes of the 2016 Edition of “A Christmas Carol-The Musical” to the Optimist Club of Menomonee Falls. Melissa Bloch-Meier (right), the shows Assistant Artistic Director and Choreographer told the Club that several new and original songs were written for the show. She also described that new set scenery was contracted this year and new costumes were sewn for the show’s characters. Bloch-Meier said if you have seen the show in the past, this year’s production is a must see, with all the updates. Dottie Crain, as Mrs. Dilber, and Mike Crain, as Ebenezer Scrooge, sang several songs and performed several dance routines.