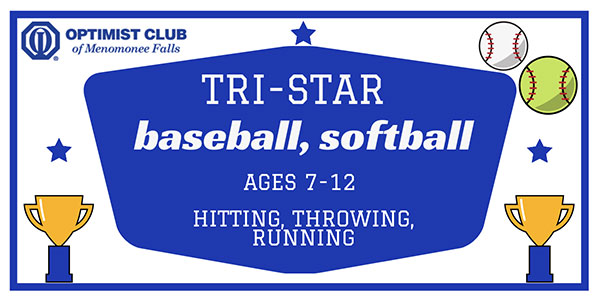 Trophies will be awarded to first place winners in each skill event in the Optimist Club of Menomonee Falls Tri-Star Baseball contest. Girls and boys can run the bases for speed as well as test their throwing (speed gun) and hitting skills in a fun and safe environment.

Registration will begin at 11:30 the morning of the event at the Little League Complex. Families can register the kids up until 3:30 the day of the event. Please contact event chair Don Eisenhauer at 262-409-1846 or at eisenhauers@youngrembrandts.com for more information.