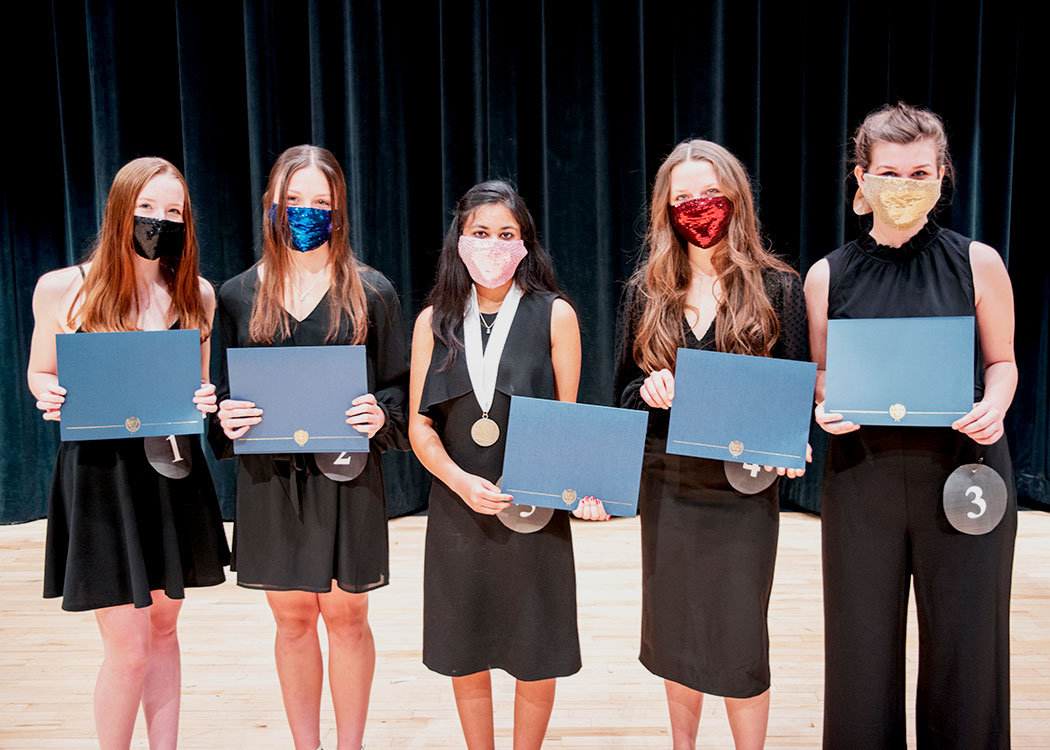 –––––
Seeking Judges Chairperson: Secure 5 judges for the program on Saturday, April 9, 2022;
conduct participant interviews, and lead the final deliberation to select the next DYW of Menomonee Falls.
Contact Cathy Sharkey  262-844-1538
–––––

High school girls from across Wisconsin will join together for the Wisconsin Class of 2022 State Finals to be held on Saturday, August 14th, 2021 at 7:00 pm. and streamed virtually. Participants will compete for cash scholarships and the opportunity to represent the State as the Distinguished Young Woman of Wisconsin at the National Finals in Mobile, Alabama June 23, 24 and 25, 2022. The 2022 Wisconsin State representative, along with 49 other high school winners, will seek the opportunity to acquire some of the $125,000 in cash scholarships and hundreds of thousands of dollars of college granted scholarships at the National Finals Program.

The Optimist Club, sponsor of the Menomonee Falls program, wishes Siya the best of luck at the competition!

Five Menomonee Falls High School Juniors participated in the virtual 57th Annual Distinguished Young Women Program May 1, 2021. It may not have been the full, live showcase we have had in the past but we were able to put together a very nice two-day filming event that came close to the feel of the regular show. Participants from the Class of 2022 were Katelyn Amen, Morgan Becker, Kylie Kenny, Paige Lillegard, and Siya Mahajan.

View the entire 57th Annual Distinguished Young Women Program here.
On Wednesday, April 28 Falls Cable Access recorded the first half of the program which started with a welcome speech by President Rick Kohl. We then recorded competition categories of Self Expression, Talent, and Fitness. That video was sent to Judges’ Chairperson, Lynette Shepherd, for the judges to view after the interviews were conducted on Saturday, May 1. That evening we returned to the High School where participants and their families were able to view the video. We then recorded the final awards ceremony. 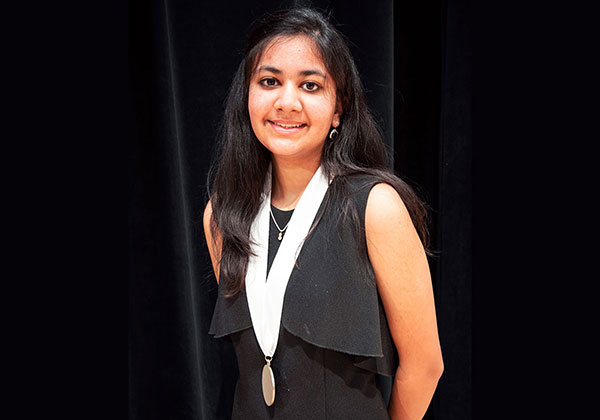 Siya Mahajan was named the Distinguished Young Woman of Menomonee Falls for 2022. She received a $2500 scholarship from the Optimist Club and will represent Menomonee Falls at the Wisconsin State Program to be held in Franklin, WI this summer. Siya is the daughter of Abhay and Nidhi Mahajan. Siya also won preliminary awards in Scholastics and Self Expression and was the winner of the Be Your Best Self Essay contest.

Kylie Kenny was awarded the Spirit and Interview Awards. Katelyn Amen won the Fitness Award. Each category winner will receive a $100 cash award.

2021 Distinguished Young Woman, Veronica Goveas, gave her farewell address as the Menomonee Falls representative. Veronica’s DYW journey continues as she will represent WI at the National Finals on June 24-26. Watch for more information on how you can follow Veronica on YouTube.

Our program is so successful because of the great team I have working with me. Ali Leon did the fitness choreography, emceed the program and is a contact at school for the girls. Jenn Dedrick, WendySue Fluegge, and Jerry Mislang were practice interview judges. Jeanine Dederich helped coordinate the Be Your Best Self Essay. Keri and Ryan Duce judged the essays. Rema Kunath was the Scholastic Judge Chairperson. Kathryn Hoff (former club member) was the Scholastic Judge. Lynette Shepherd was the Program Judges’ Chairperson. Kim Wenzel was our tabulator.

Danny Shepherd provided the sound for the program. Chris Forston and his team at Falls Cable recorded and edited the program.

The School District of Menomonee Falls and Jason Huesslein and his staff at Community Education & Recreation were so helpful with facility reservations. Special thanks to Auditorium Manager David Mahlum for assisting in so many ways to make our program a success.

And finally, our program is so blessed to have photographer Jon Cline photographing the two nights of the program. Thank you doesn’t seem adequate to express our gratitude.

It is our goal to return to a live program again next year. 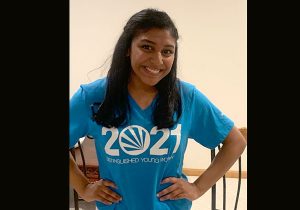 Veronica’s Distinguished Young Women journey, which began on February 22, 2020, came to an exciting close Saturday, June 26, 2021, when she was named as a one of the top 8 finalists at the national program “held” in Mobile, AL. The fifty state participants competed in the virtual program which culminated in the live-streamed broadcast hosted by 2020 DYW of America, Elif Ozyurekoglu. Destiny Kluck from Georgia was named the DYW for America for 2021.

In addition to a $5000 scholarship Veronica was awarded as a finalist, she won preliminary award in Scholastics and Interview. Each preliminary award winner receives $1000. Veronica earned $7000 at nationals and a total of $11,000 for all three levels of DYW.

Veronica is the first Menomonee Falls participant to go to nationals in 33 years. She was an outstanding representative for this community and our state. Veronica will be attending the University of WI-Madison in the fall and plans to become a physician-researcher. She will be at the July 28 club meeting to share more about her experiences at the national program.